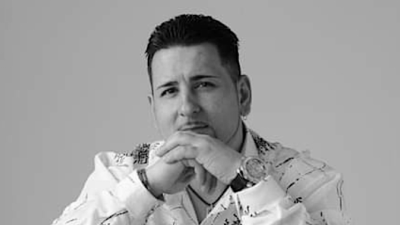 We welcome all dancing experience levels and will have a salsa instructor present if you’d like her to walk you through a few steps before jumping into the mix!

Doors open at 6PM and live music and dancing starts at 7PM.

Sonero y Conguero Armando Vega grew up immersed in Latin music and culture in Detroit, Michigan. Beginning to sing Salsa at seventeen, he received early mentoring from Herman Olivera, famed Grammy nominated singer with Eddie Palmieri, The Spanish Harlem Orchestra, and many others. Years later Armando performed with Olivera before a crowd of 30,000 at the Cleveland Puerto Rican Festival. He has promoted his own CD touring Puerto Rico, opening for Latin greats El Gran Combo de Puerto Rico, and many other prominent PR artists. He has also performed with Elias Lopes, one of Puerto Rico’s most influential Latin Jazz trumpeters. He has toured and headlined with Tito Puente, Jr., and recorded his own CD produced by Latin jazz saxophonist Luis Disla. Armando has established an enthusiastic following in and beyond Detroit.